One of the world’s most controversial, enormous, and yet powerful companies is Amazon.

it is such a vast firm that it has now employed countless workers. Being the largest tech companies it has employed approximately one million workers worldwide.

This multinational company is also knowned as “everything store” since it has everything you need at a click.

From whole foods to electronic appliances shopping was never considered so easy.

The outlook of it, this may seem that working on a multinational firm would come with lots of benefits. It depends on who you asking Amazon FBA Pakistan has a subdivision of how they facilities and divided their employs off course in a high tech company you come across various ranks and various grades the conduct with the workers in the warehouse is considered to be quite enormous but talking to the people working in the FBA centers revealed a shocking revelation that the place is filled with racism and injustice there is so much hard work that the organization requires but they are not paying accordingly.

15 dollars is the pay raises that most workers received by amazon at the end of 2018, this wage covers the part, full-time & temporary workers on the FBA centers.

But that’s not it is also paying for the medical, dental, and vision insurance of its workers.

Working in the form was almost intensely dangerous. A report issued by The New York Committee for Occupational Safety and Health asserted that amazon only cares for one thing in the warehouses and that is only to speed up the limit of the work its dangerous how much work they are putting on the worker with the highest rate of injuries occurring in the amazon warehouses it is sad that the work being done in amazon is “Harmful Working”

2019 book On the Clock by journalist Emily Guendelsberger portrayed a rather gruesome picture of the warehouses to write the precise report she attached a step counted to her feet and shorty in the span of a few steps she claimed that her feet started throbbing.

Rachael Lighty, A spokesperson for amazon after reading Guendelsberger’s book said that this is an exaggeration and that the journalist herself does not know what goes on the premise of the warehouse.

Amazon is giving the toughest competition to its fellows.

when a new product launches that are giving a tough time to competition to amazon.

it makes a product similar to it and sells it at the lowest price.

No, if anything changes that it is making amazon lose money but the competition matters to amazon

And even though the opposite party may give a full hard time to amazon fighting.

Until it finally cannot amazon doesn’t sit still until the brand from the other company is off the market.

Once it is off-market the price of the product may raise. This is a way amazon is using to control the economy it is a dangerous monopoly. 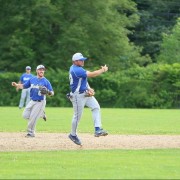 6 Secrets That Only Experts Know About Apparel Box Printing