In the corporate world, blockchain technology and cryptocurrencies are rising in popularity, and an increasing number of companies are trying to employ them.

The “web 3.0” era of the Internet, built on the foundation of blockchain technology, has already begun. It draws supporters from all over the world by encouraging decentralisation, data security, and internet freedom. The remarkable rate at which the blockchain market is growing—from $7 billion in 2022 to $164 billion in 2029—should not come as a surprise.

Even while most people think of blockchain in terms of cryptocurrency, it is now used in more than only these. Numerous sectors are eagerly embracing this innovation.

The use of blockchain technology in commercial blockchains, which differs greatly from consumer blockchains like Bitcoin, is one of its most important applications.

A commercial blockchain satisfies requirements and aids organisations in making sense of the massive amounts of data they gather. Other blockchains, including public or consortium ones, might not be as well suited to particular business needs.

Having a clear understanding of these parallels and divergences can aid you in selecting the strategy that might work best for your company.

Below, we’ll examine the key differences between enterprise blockchains and blockchain solutions.

A Brief Meaning of Enterprise Blockchain?

A distributed ledger technology (DLT) called enterprise blockchain enables businesses to store, share, and manage data in a safe manner. Enterprise blockchains are permissioned networks that require users to be approved before accessing the data, in contrast to public blockchains, which are accessible to everyone.

It increases the scalability and efficiency of enterprise blockchains while maintaining the same level of security and transparency as public blockchains.

Supply chain management, payments and settlements, identity management, and provenance tracking are just a few of the uses for enterprise blockchains. We frequently construct business blockchains on top of already-existing DLT frameworks like Hyperledger Fabric or Corda.

Due to the ability to limit who can see their data, corporations believe this type better meets their objectives than a public blockchain network like Bitcoin.

Despite the fact that there are several kinds of blockchains, they are all fundamentally shared digital records of data and financial activities. Additionally, they employ cryptography to make it harder for nefarious parties to alter the history of earlier transactions.

Some of the major corporations investigating enterprise blockchains and how this cutting-edge technology might be used to enhance transparency and optimise current business operations include Facebook, IBM, JPMorgan, Walmart, and Intel.

It enables businesses to take advantage of the ecosystem and infrastructure already in place around these platforms while gaining the increased security and scalability of an enterprise blockchain.

Accountability is one of the distinguishing features of enterprise blockchains. Blockchains are immutable by design, which means that once data is added to the ledger, it cannot be changed. It establishes an ongoing record of each transaction, ensuring high levels of accountability and openness.

This may be advantageous to businesses in a number of ways. By making sure that all transactions are recorded and accessible to all parties with an interest, for instance, it can aid in the prevention of fraud and corruption.

By offering an audit trail for each item, it can also aid in streamlining supply chain management. Enterprise blockchains could thereby foster a more productive and ethical business environment.

You can Hire Blockchain App Developers to integrate blockchain technology into your business.

Enterprise blockchains are typically permissioned, which means that only specific users are allowed to access the network and view the data. As opposed to this, anyone can join public blockchains like Bitcoin.

Because it allows for tighter control over who has access to the data and makes it more challenging for unauthorised users to join the network, the permissioned approach is frequently considered as being more safe and scalable.

A central authority that can make decisions about the network, such as adding or removing users, is another feature of commercial blockchains. Compared to the decentralised paradigm utilised by public blockchains, this centralised form is frequently thought to be more effective.

Enterprise blockchains’ mutability is one of their most distinctive qualities. If necessary, businesses can alter the information kept on the blockchain. In contrast, public blockchains cannot be changed once data has been added to them, making them immutable.

Enterprise blockchains are far more versatile and adaptive than public blockchains since they may alter data. They are therefore more suited for use cases that demand those attributes.

For supply chain management, as an illustration, you might utilise an enterprise blockchain. In this case, the data saved on the blockchain must be updated often to account for changes in the supply chain.

A public blockchain, on the other hand, would not work well for that use case since it would be challenging to change the data that was stored there.

Enterprise blockchain platforms’ capacity to handle a huge volume of users and transactions is one of its key advantages. For instance, while Bitcoin can only handle about seven transactions per second, Ethereum can process up to 15.

We frequently think of Ethereum as one of the top business blockchain solutions. The platform offers a potent collection of features that make it perfect for companies of all sizes. Ethereum has support for smart contracts and is easily scaleable and highly programmable.

Additionally, Ethereum has a sizable and vibrant developer community that is always coming up with fresh applications for blockchain technology. As a result, Ethereum is one of the most widely used blockchain systems among businesses. For powerful blockchain apps, you may also use services for developing blockchain apps.

One of the most well-liked blockchain solutions for businesses is called Quorum. JPMorgan Chase created a business-oriented version of the Ethereum blockchain. Quorum is perfect for companies who need to protect their data because it is private and permissioned.

Smart contracts, which you can utilise to automate business procedures, are also supported by Quorum. Quorum’s other capabilities include confidentiality, scalability, and high performance.

Quorum is suitable for a variety of enterprise use cases as a result. Quorum is already being used by some of the largest corporations in the world, like Microsoft and IBM, for their blockchain requirements.

One of the first names that spring to mind when discussing blockchain platforms for businesses is Hyperledger. Hyperledger is an open source collaborative project established to improve cross-industry blockchain technologies, and for good cause.

It features a modular design that lets companies build unique blockchain applications that meet their particular requirements. A sizable and engaged developer community is always working on new features and improvements for Hyperledger.

Hyperledger is one of the most widely used blockchain platforms for businesses as a result.

An open-source blockchain platform called Corda is typically made for businesses. It is founded on distributed ledger technology, which lets companies to conduct business directly with one another without the involvement of a third party.

Businesses may safely and transparently communicate data and documents using Corda. Additionally, it offers a platform for creating business-oriented applications. Corda supports a variety of programming languages, which makes creating apps for the platform simple.

How Enterprise Blockchain Differ From Other Types

Enterprise blockchains, in general, differ from other blockchain types in terms of permits, consensus techniques, and governance frameworks.

Businesses of all sizes can benefit greatly from enterprise blockchain technology. In addition to supporting smart contracts, they are scalable and programmable. They also frequently have sizable, vibrant developer communities that are continuously coming up with fresh applications for blockchain technology. Check out Ethereum, Quorum, Hyperledger, and Corda if you’re looking for a blockchain platform for your company. You can also contact a Blockchain App Development Company to develop efficient blockchain solutions. 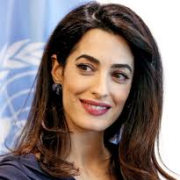 Breaching Intervention Orders -What Happens If You Breach one?

What are the benefits of purchasing Twitch views?

Breaching Intervention Orders -What Happens If You Breach one?

What are the benefits of purchasing Twitch views?