A batter can tell you that scoring hundreds is not an easy task. But surprisingly, some great players have done it in the Indian premier league. Chris Gayle of royal challengers Bangalore is top on the list, there were several instances that the fastest were hit in this tournament. Here is a list of the fastest hundreds that were made in the Indian Premier League.

Chris Gayle is a familiar name in the shortest format cricket games. He is a batsman and is known to break a bunch of records in his career. In 2013 Chris Gayle had contributed a great number of runs to the royal challengers Bangalore team and score the fastest century. Chris became the top player to make a spectacular knock of 175* off 66 balls against Pune Warriors in 2013. In only 30 balls, he made the first fastest IPL 100 and made it to the fastest century in the IPL history list.

His knock took Royal challengers Bangalore to an outstanding score of 263 and is the highest ever in IPL to date. In addition, he is the only batsman who has more than 300 sixes and has a title of the highest score of 175*. Hopefully, during the Indian Premier League 2021, Chris is going to break another record.

Yusuf Pathan, in his prime, was unstoppable. Rajasthan Royals were chasing 212 and had lost four wickets and had only 69 runs. Yusuf was batting, and he scored 15 off 14 balls and hit 38 runs in the seven balls. In 2010 Yusuf reached his hundred in the 18th over from 37 balls against Mumbai Indians.

It became the second-fastest century in the IPL history list. Although he made the fastest IPL 100, Rajasthan fell short of four runs while chasing Mumbai’s 213.

The South African David Miller is known as the finisher. He got the title after his memorable innings in IPL 2013. His fastest century in T20 IPL was against royal challengers Bangalore at the IS Bindra stadium. He made a winning knock of 101* of just 38 balls.

His team was chasing 191 in 18 overs and won by six wickets. In addition, he had a strike rate of 265 with eight fours and seven sixes. It was the third ever fastest century in the IPL history list. And also one of the knocks that the cricket world will remember for a long time.

In the first IPL, Australian wicketkeeper-batsman Adam Gilchrist made the fastest IPL 100 against Mumbai Indians. Chasing a target of 154, he hit two boundaries in the first over and made 22 runs off Shaun to get to his fifty. And after 14 balls, Adam celebrated his first fastest century in T20 IPL.

With a total of 9 fours and ten huge sixes, Adam hit 109 off 47 balls at a strike rate of 231.91. With this, he gave Deccan Chargers their first win of the tournament. His hundred is ranked as the fourth fastest, although it was the inaugural century.

Villiers has several records and is one of the swiftest hitters on the ball. He has a record for the fastest ODI century and fifty. In the 2016 season, he combined effort with Virat Kohli to break a couple of IPL records. AB de Villiers is known as Mr. 360 due to his ability to play shots all around the wicket.

During a match against Gujarat Lions, he scored 129, including 12 sixes to help Royal challengers Bangalore reach 248/3. He got to his 50 in 25 balls and crashed three sixes off Praveen in the 18th over to get the fastest century in IPL history list in 43 balls.

The Indian premier league has all the action, glamour, and controversies. But, honestly, the talents in this league are immense. All players give the game all for the love of the game. But the batsmen named made history for the first fastest centuries in the IPL. 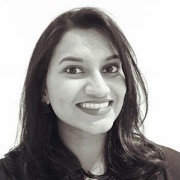 How to motorize a longboard

Which steroids are helpful in reducing fats from the body?

5 Steps to Get the Best Gym Wear