There is a new key method in biomedical research and treatment with genes. That is the process of delivering and expressing a particular gene of interest to living or non-living animals. In the field of viral delivery, Adeno-Associated Virus Vectors (AAVs) are generally safe. These exhibit high efficiency for gene transfer as well as low immunogenicity. Also they are stable in long-term expression, and selective tissue tropism. When combined with modern technology for gene expression including cells-specific promoters as well as the Cre/lox system and genome-editing, AAVs provide a feasible quick, cost-effective, and affordable alternative to conditional knockouts or the transgenic mice models.

But, there are many obstacles to widespread AAV cell line use, including ineffective methods for purification and small viral numbers. We present an improved procedure to make AAVs with serotypes that are not dependent on their genotypes. Utilizing a helper-free AAV method we isolated AAVs from the HEK293T cell lysates. We also isolate it from the medium via polyethylene glycol precipitation followed by two-phase partitioning in aqueous. Additionally, we used an iodixanol-based gradient removal, which led to AAVs that have the purities required to be suitable for in vivo usage. We also achieved the titers of 10.-10 11. virus genome copy per unit. We did it using an average production volume of 1 ml. It required 5 times fewer cells than the typical number of HEK293T cell lines employed in the standard protocols.

For proof of concept, we verified in vivo transduction via Western blot, qPCR, luminescence, and immunohistochemistry. AAVs that encode the glutaredoxin-1 (Glrx) shRNA were able to inhibit Glrx expression by approximately 66 per cent. The skeletal muscle, as well as the liver, inhibited Glrx expression. Our study suggests an improved method for more cost-effective and effective isolated AAV cell line preparation.

We have tested several protocols published. The majority of them require a lot of work and have low yields of viruses. They frequently result in contaminated virus preparations. We have developed a modified protocol that is effective. Our method is economical for the vast majority of laboratories using standard equipment and chemicals. As a proof of concept, we tested the in-life as well as the in vitro effectiveness of the viral particles using the short hairpin of glutaredoxin-1, which is mediated by AAV ( Glrx) knockdown of the gene.

Its “Helper-free” AAV platform, consists of pHelper and pAAV-MCS the pAAV-R2C6. It was acquired at Stratagene (San San Diego CA). The capsid that encoded plasmids pAAV -DJ and p were purchased from Cell Biolabs (San Diego, CA). Check out the reagents, substances, as well as antibodies as well as a supplement for more information about order details including accession numbers, mRNA plasmid maps and sequence information. MVenus was placed into the HindIII location of pAAVMCS. The Gateway cassette (attB1 and attB2) was placed at the MluI’s site. It was done to facilitate the introduction of the U6 expression cassette. ShRNAs for control (target sequence ACACCTATACAACGGTA) as well as mice Glrx shRNA, short hairpin (shRNA Target sequence: AGTCCACTTTCTAAAGAA) have been cloned according to the procedure previously described.

Additionally, a CMV enhancer was added to downstream from the promoter for U6 in order to boost shRNA expression18. The shRNA expression cassette was designed according to the guidelines published by Miyagishi et al.19 introducing a 17 nucleotide (nt) counting double strand stem with a 21 nt long loop (GCTGCGTTCAAGAGATGCGGT). The shRNA construct was constructed by tandem PCR using the humans’ U6 gene promoter. The sequences were then inserted into the pCR8 vector along with the AAV-expressing plasmid which expresses shRNA and mVenus was constructed through an LR reaction in accordance with the instructions of the manufacturer (please look up the map of sequences in Supplement). AAVs were created by co-transfection with pHelper, the pAAV ITR-expression vector and pAAV RepCap genes in a 1:1 molar ratio, normalized to the mRNA plasmid size (see supplement).

MRNA plasmids were created through alkaline lysis, followed by anion exchange analysis (Epoch Life Science, Sugar Land, TX) and isopropanol glass precipitation using a filter. A low-cost method for preparing plasmids is included in the Supplementary Information. The purity of the plasmids that were isolated was verified through restriction enzyme digestion using PvuII, ApaLI and ApaI and electrophoresis with agarose gel. The identity of each construct was confirmed through sequencing using Genewiz. Genewiz (Boston, MA) services.

Adeno-associated viruses (AAV) offer many of the same benefits as Adv vectors. They have a large host-cell range, and a high transduction efficiency. Stable integration of AAV vectors at specific locations in the host genome results in longer-lasting transgene expression. These stable vectors are able to infect many dividing and nondividing cells, without triggering an immune response. AAV vectors do not cause damage to target T cells unlike Adv vectors which can cause high levels of cytopathogenicity. AAV vectors may be less effective than retroviral vectors in transducing primary cells. This is because the majority of their DNA remains extra chromosomal, and doesn’t integrate into the host genome. They cannot integrate genes greater than 5 kb, so they must be carefully screened for Adv contamination.

AAV vectors were initially produced by cotransfection of helper plasmids with vector homology. They generated vector particles that were contaminated with wild-type AAV through homologous replication. The generation of wild-type AAV was reduced by reducing the overlap in AAV sequence homology between vector and helper plasmids. This is the case for the widely used pAAV/Ad packaging method.

The combination of vector plasmid with packaging plasmid (in which the AAV region containing P5 promoter wasn’t present in either plasmid] prevented the generation of wild-type. However, some pseudo-wild-type AAVs were generated by non-homologous recombination at lower frequencies.

Split-gene packaging may reduce this non-homologous recombination. This packaging system would have rep and cap genes stored in separate cassettes. To generate rcAAV, it would take three to four recombination events. Another way to decrease pseudo-wild-type AAV or recombinant AAV would be to insert large introns within the rep gene of the helper plasmid. This would make it difficult to package any recombinants in AAV particles. 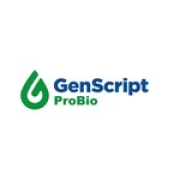 6 Ways To Relax Your Mind And Body

The Growing Real Estate Industry in the UAE

How to Find the Best Dentist in Your Area

How do I choose the best removalists in Canberra for my upcoming move?

What Is a Real Estate Brokerage?

Have Family Back Home in Ethiopia? Send Money Quickly with Afriex

How to Keep Your Immune System and Gut Health Healthy?

What is a filter needle

Everything You Need to Know About Ivermectin

6 Ways To Relax Your Mind And Body

The Growing Real Estate Industry in the UAE

How to Find the Best Dentist in Your Area

How do I choose the best removalists in Canberra for my upcoming move?

What Is a Real Estate Brokerage?

Have Family Back Home in Ethiopia? Send Money Quickly with Afriex

How to Keep Your Immune System and Gut Health Healthy?

What is a filter needle

Everything You Need to Know About Ivermectin