Epilepsy may develop at any age and impact anyone. When you live with epilepsy, it has an impact on your safety, employment, driving, relationships, and so much more. The social stigma associated with epilepsy, or how people react to someone who has epilepsy, is a bigger issue than the condition itself. The WHO (World Health Organization) defines epilepsy as a non-communicable brain disease that affects almost 50 million of the world’s population. Adults and children are equally at risk for developing the condition. Those with epilepsy suffer seizures that can occur at any time. Seizures are accompanied by unconsciousness, unresponsiveness, and loss of muscle control. Other signs include repeated blinking or rolling of eyes to the back of the head, stiffening, jerking of limbs, falling to the floor suddenly. People usually classify these signs as fits, jerks, and convulsions.

The causes of epilepsy vary from person to person. But epilepsy, in general, stems from a flaw in the neurological circuitry of the brain where there is a sudden surge of electrical activity. In many instances, epilepsy begins early in childhood and may or may not be carried forward into adulthood. Some common causes of epilepsy are issues caused at birth, brain infections, brain injuries, and genetics.

10 THINGS ABOUT EPILEPSY YOU SHOULD KNOW

A common myth suggests that those suffering from a seizure may swallow their tongue upon seizing. This is not true. It is physically impossible for a person to swallow their tongue during a seizure. When a patient is having a seizure, gently lay them on the ground and place something soft under their head. On that note, do not put anything in the mouth of the patient. This can be hazardous, causing chipped teeth, cut gums, and even a broken jaw.

Epilepsy is not contagious. It cannot be passed from one person to the other through any physical activity. There are, however, research studies to prove that children living with epilepsy have a family history of seizures that may contribute to their condition. However, this is purely based on genetics as the condition cannot be transmitted from person to person.

Age is Just a Number

Seizures are not limited to a single stage of life. Anyone, at any age, can develop epilepsy. Most of the recorded cases among the elderly are a result of a stroke or heart disease. These, however, are not solely responsible for epilepsy. Reasons can vary from brain infections to one’s family history of seizures to abnormalities during birth.

People living with epilepsy are not necessarily physically limited while living their everyday lives. During and after a seizure, however, they may be incapable of performing activities like working, driving, etc. Similarly, those living with neurological complications caused by seizures may find daily undertakings taxing.

There are resources available to diagnose and treat people living with epilepsy at the primary healthcare level, without advanced equipment. Not everyone responds positively to this treatment. There is an urgent need for doctors, scientists, and researchers to learn about, understand and develop a cure for this condition. Certain apps like the Inspyre track seizure information, including heart rate, length of the seizure, audios, and more. The feedback provided by seizure monitoring devices allows doctors to tweak epilepsy medications and offer ehnanced treatment.

It’s More Common Than You Think

Epilepsy is not rare. More than 50 million of the world’s population, 1 million from America alone, live with epilepsy. It can be seen as a single condition, or be affiliated with other conditions affecting the brain like cerebral palsy, autism, intellectual disability, Alzheimer’s disease, and traumatic brain injury.

SUDEP stands for Sudden, Unexpected Death by Epilepsy. One out of a thousand people living with epilepsy succumb to SUDEP. Though infrequent, it is the most common thread found in deaths by epilepsy. Another cause of death could be status epilepticus, occurring when a seizure is prolonged for over 5 minutes. Using wearable devices for epilepsy or seizures such as the Inspyre app by SmartMonitor that can help. The seizure app detects repetitive shaking motion via the user’s Apple or Samsung watch. The app and watch pair together to alert family members and other caregivers with seizure alerts. This can help save lives, especially since SUDEP often occurs while asleep. Such night-time seizure monitors greatly help prevent SUDEP.

While on the surface, a seizure differs from person to person. It follows a stereotypical pattern that can help identify it. Shaking, twitching, jerky movements, loss of control of motor functions, appearing stiff, suddenly crying or making incoherent noises, and appearing to be disoriented are some of the signs. The seizure behavior of a person may not be socially acceptable for a given time and place. However, it is unlikely that it will cause harm to another living being.

Its Impact on the Masses

Almost 80% of people living with epilepsy come from low- and middle-income countries. This is possibly due to the fact that they lie in the tropics which are rampant with CNS (Central Nervous System) infections. Treatment for this is usually unaffordable to the masses, and the availability of AED (Antiepileptic Drugs) is negligible. There have been a few suggested ways to deal with this. Educating people on how to protect themselves and their loved ones is the most important.  Equally important is teaching people how not to stigmatize epilepsy Funding agencies can work towards getting the required medication and specialists across to these countries to help the masses.

People living with epilepsy meet several barriers while living their day-to-day lives. Their access to education opportunities and careers of their choice is limited. Obtaining a driver’s license is nearly impossible and there are laws in some countries that are not at all in their favor.

For example, in China and India, epilepsy is an accepted reason for prohibiting or annulling a marriage. In the United Kingdom, laws permitting epilepsy to be the grounds of annulment of marriages were not amended till 1917. This was especially true for Great Britain and Northern Ireland. Further, until 1970, people living with epilepsy in the United States were denied access to public places and gatherings. Later, countries began practicing the legislation based on internationally- accepted human rights standards, It was then that people living with epilepsy will have access to better health care, basic human rights. Gradually, all of this contributed to a raised quality of life. 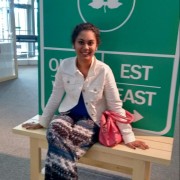 Things You Should Do During an Electrical Emergency On Site

How to Whiten Teeth Naturally